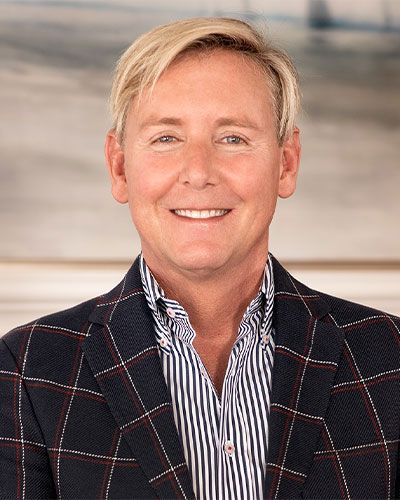 Since 1994, Barclay Butera has been the creative force behind his eponymous design firm and showroom in Newport Beach, California. His success in Newport prompted Butera to establish showrooms in Park City, Utah, and Corona del Mar, California. Butera is renowned for his approachable elegance and glamorous, coastal-chic interiors.

Barclay Butera’s inspirations are drawn from a diverse variety of grand architecture from coast to coast, European and far eastern influences include everything from the high-fashion runways to his far-flung world travels. He readily credits old Hollywood and West Palm Beach as among his greatest muses. Butera’s design-signature is distinctive; classic with a fresh twist that is flawlessly integrated into traditional, transitional, and contemporary interiors alike. His artful inclusion of heritage pieces that blend seamlessly alongside distinctive furnishings, pattern-on-pattern fabrics, and bold textures are all hallmarks of his iconic all-American style. Butera’s passion for interior design began over two decades ago and has grown into an impressive lifestyle enterprise that is known and sought after around the world today.

In addition to his thriving interior design business, Butera’s venture into licensing has landed him an unprecedented number of the industry’s most respected partners including:

Another strong partnership creating magnificent results occurred in 2016. Butera achieved an incredible career milestone when he released his “ Yacht on Wheels” edition of the Rolls-Royce Dawn at internationally renowned Concourse de Elegance in Pebble Beach. The first interior designer in the history of the 100+-year-old iconic company to be commissioned to collaborate on a design, Barclay’s stunning crisp white and navy luxury convertible with teak and nautical accents set the automotive industry on fire. A designer for the ages; Barclay’s spectacular design projects and his myriad of licensing collections are frequently featured in luxury consumer publications, décor, and lifestyle magazines.

For more information or to schedule a showing:

For more information or to schedule a showing now

We've copied your review, after you click 'Publish' please paste your review by selecting 'ctrl' + 'v' into the review comments section.